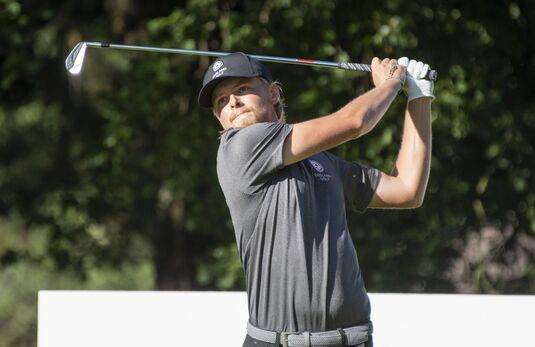 England Golf has named the 20 players who will form the strong Men’s and Men’s ‘A’ squads for the 2021 season.

After Covid-19 restrictions disrupted the 2020 campaign, it is hoped that public health concerns will ease to allow players to once again compete in European team events and Home Internationals.

England won the Home Internationals when last staged at Lahinch GC in Ireland in 2019 and are aiming to defend the crown at Royal Dornoch GC in Scotland between 14-16 April.

The European Men’s Team Championship is planned for 6-10 July at Vasatorps GC in Sweden.

New names in the England Men’s squad for 2021 include reigning English Amateur champion Jack Cope. The 21-year-old lifted the national title in August after six days of intense competition at Woodhall Spa GC.

Fellow Gloucestershire golfer Haider Hussain has also been elevated to the squad after an extremely consistent run of form in 2020.

Sam Bairstow’s play in the past year has earned him a promotion from the ranks of the 2020 Men’s ‘A’ squad.

The remaining seven players in the England Men’s squad retain their places from the 2020 selection and include The R&A Amateur Champion Joe Long, Lansdown GC, (Pictured).

Long and five other 2021 squad players – Ben Schmidt, Ben Jones, Callum Farr, Jake Bolton and Matty Lamb – were recently named in the initial GB&I pool for the Walker Cup match against the USA in Seminole, Florida in May.

Callan Barrow, who lost out to Cope in the final of the English Men’s Amateur, Essex’s Jack Dyer and Olly Huggins from BB&O are the new names in the ‘A’ squad for 2021.

Gareth Jenkins, Talent Development and Men’s Squad Manager at England Golf said: “We have been able to select two very talented and strong squads for 2021.

“It was difficult to narrow it down to this selection from a wider pool of extremely gifted golfers.

“The engagement from all the players in 2020 was fantastic despite the many difficulties that we all faced as events were cancelled, postponed or re-scheduled.

“Hopefully, restrictions will ease in the months ahead to allow for more tournament play in 2021.

“We will continue to plan regular coaching sessions for the squad players on top of any championships and I look forward to watching them all develop as the year goes on.”