The First Team is made up of the very best golfers within Gloucestershire. Our 1st team is headed up by our County Captain, Gary Ward of The Kendleshire GC and competes in the Channel League each year against Cornwall, Devon, Somerset, Gwent, Wiltshire & Glamorgan.   They also compete in South West Week which includes the regional qualfying for the England Golf County Finals.

In 2021 the team made a clean sweep of the prizes at South West Week where they won the Matchplay Shield, the England Golf Strokeplay Qualifying and the Individual honours were won by Ed Butler (Lansdown). After qulafying for the England Golf National finals the team took to Remedy Oak GC to do battle against the 3 other regional winners and Gloucestershire were triumphant winning all 3 of their matches. This was our first National County Championship win in over 40 years, a truly great achivment that will live long in the memories of all involved.

Get TOURNAMENT REMINDERS & RESULTS SENT DIRECTLY TO YOUr email 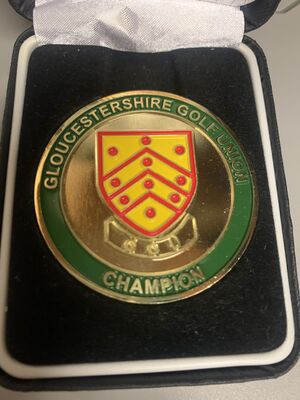