Par for the Course with Peter French 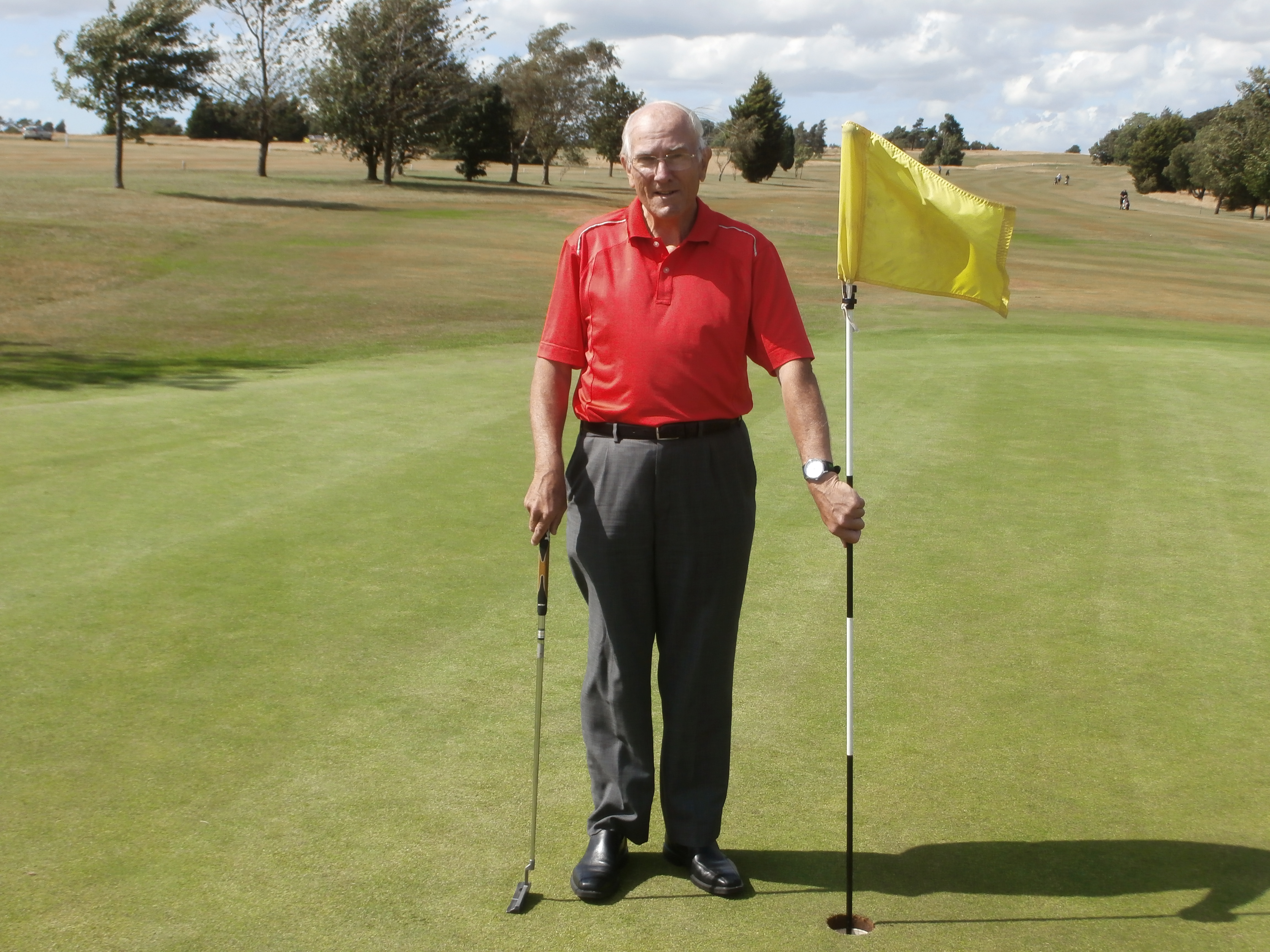 Throughout the last 70 years, golf has dramatically changed; both in its availability and its attitudes towards the junior golf game. Gloucestershire held its first Junior Championship in 1952. The number of entrants was small as the only juniors in the county at that time would have been sons and daughters of golf club members. In 1957, Gloucestershire was one of the first counties in the U.K. to introduce an initiative to promote junior golf by inviting juniors from non-golfing backgrounds to join golf clubs. Peter French, member of Stinchcombe Hill Golf Club for the last 62 years, has been playing golf since he was just 12 years old and has been involved in junior golf since 1957. French discusses what it was like to play then, how the game has changed and what improvements he would like to see moving forward.

“Playing golf as a junior in 1957 was tremendous fun. There was a lot of enthusiasm about the sport because everything was so new. Members were often donating golfing equipment for juniors to use and it was a really supportive environment. Every club embraced junior golf. I remember when I first started, I had an operation on my toes and my doctor recommended walking as a suitable therapy. As he was a member of Stinchcombe Hill Golf Club, he suggested getting involved!”

“In 1959 the county junior team played their first match against Yorkshire at Knowle. The team consisted of seven boys and three girls. At that time all first team golfers had other unrelated jobs and golf was very much an amateur sport. Now, many of the county team are fulltime golfers hoping to make a career of it. In the 1950s, professional golfers were not as highly regarded as they are today, quite often they combined green-keeping duties and bar work as part of their job. At some clubs they were not even allowed in the clubhouse. There are also far more competitions and events now for juniors to take part in which can be physically and mentally demanding for a young player. Junior handicaps were at a maximum of 48 when I started, if you played scratch you were playing for England!”

“The introduction of DBS (Disclosing and Barring Service), as well as the requirements around safeguarding and protecting children has led to strict guidelines in recruiting children and young adults into the game. Due to the perceived complexities around this, it can be difficult to recruit to the roll of junior organiser, meaning the number of junior members has unfortunately declined. In 1974, the average number of participants at every junior open in the county was over 100; it is now between 40-50.”

French explains the only way to improve the junior golf schemes in the county is to get the club leaders, managers and those working with the clubs to re-engage with junior golf:

“Junior golf needs a drastic change. We need to get the numbers back to where they were in the 70’s. We need to encourage clubs to support the junior game. It’s incredibly important because the juniors are the future golf leaders. Not only that, but juniors learning the game from a passionate and knowledgeable adult can lead to a host of physical benefits and gives them an opportunity to shine outside school.”

French then reflects on how the general game of golf has evolved since he first started:

“Equipment and technology have been the biggest change over the years. I originally played with second-hand hickory shafted clubs and a small 1.62inch ball. There was little organised coaching available for Juniors in 1957. In 1958, Leslie Cox organised several events at church halls in Bristol and Cheltenham, inviting all new juniors and those interested in the sport to attend a film show and talk from golf professionals. With the general lack of instructions on how juniors should swing and the with the different clubs each player would use, everyone had their own unique swing! Today all juniors seem to have the latest technology, clubs, electric trolleys and of course, the 1.68inch ball.

Golf, as a game, has developed beyond recognition since the 1950’s. It is a sport which has become extremely popular nationwide and is more accessible than ever before. At the top of the game, professional television coverage has cemented its popularity and insured a widespread following. As a result of this improved media coverage, youngsters are now able to follow the professional game with interest and can then take advantage of local training programmes at their own clubs; a great opportunity for scouts of clubs to identify talent and work with schools to promote recruitment.

If you’re interested in junior golf or know someone who is, please contact your local junior organiser or find your nearest club here.