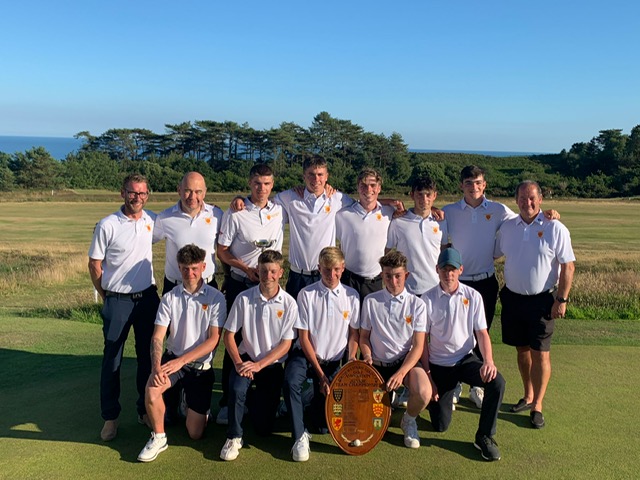 Gloucestershire is a county that has had plenty to celebrate in recent years but this week it won the final two South West titles to complete what is believed to be an unprecedented regional clean sweep.

Joshua Millington (The Players Club) won the Boys title at East Devon and in doing so helped his county finish 12 shots clear of Wiltshire to help them qualifying for the national final at Furness next month (August 23-25).

But the victories also mean they have won all four South West individual titles (Men/U-18s/U-16s/U-14s) and three team titles (Men/U-18s/U-16s). It comes on the back of the men triumphing in the national county final for the first time in 42 years last September and Gloucestershire duo Joe Harvey and Joe Long contesting the final of the The Amateur Championship in 2020.

Junior manager Mark Powell said: “This has been a real team effort and it is testament to the hard work that went into the Covid period and after.

“The one thing Gloucestershire did during lockdown was not give up on their players and we provided as many competitive opportunities as we could in a safe environment. It means the players have progressed at a quicker rate than they might have otherwise done.

“The performance team of coaches and manager has got together virtually every Thursday for the last two years and concentrated on how we can further develop the players.”

Gloucestershire’s attention to detail was once again in evidence on the fast-running fairways at East Devon with Joshua Millington leading the way on five over while Long Ashton’s Louis Ross was next best, just two shots behind. Overall seven of the top 15 finishers were Gloucestershire Boys, who also won the team event 12 months ago at Salisbury & South Wilts.

In the final at Furness, Gloucestershire will meet Northern champions Yorkshire, Southern winners Kent and Midlands champions Leicestershire and will be battling to follow in the footsteps of Northumberland, who won at Coxmoor in Nottinghamshire.